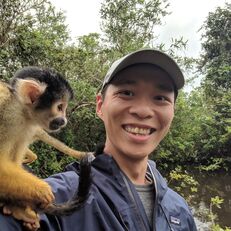 A customer called in today saying that their site is not working after re-pointing the DNS. No changes have been made in a week and it was working fine before. Typical.

So I turned on Firebug and notice it's a 500 error. Logged into the server and saw it's a WordPress instance running with PHP on IIS. Great! For some reason the pages in the browser are completely blank. I loaded up the page from a local browser and the same thing happens. I double checked that detailed errors messages have been enabled in IIS and they were. Very strange.

The IIS log was as unhelpful as ever so I turned to DuckDuckGo (nearly wrote 'Google' there but I switched my search engine recently). Now I'm not usually used to WordPress in IIS so didn't think of checking the php.ini file; later on it turned out that error messages option was not set  but it's supposedly on by default but errors just decided not to show.

Cutting to the chase, I dropped the following into the PHP file:

This uncovered  a plugin was installed twice and WordPress was having none of that. Renamed the file and all was well again. Thanks to Sadi from iis-answers.com for pointing that out!